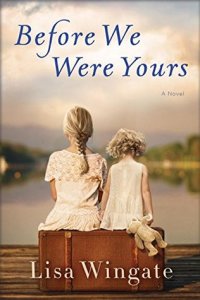 Before We Were Yours

Just look at this picture. A picture is worth a thousand words.  And “Before We Were Yours” by Lisa Wingate speaks for all the orphans who were stolen by the Tennessee Children’s Home Society. 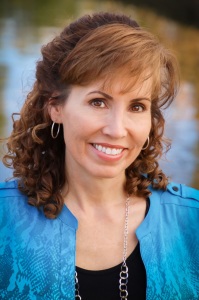 Just when you think you’ve heard of every atrocity against children there possibly could be, along comes a book about something that actually happened in this country in the 1930’s and 40’s. There truly was a woman who ran a home that is responsible for the deaths of hundreds of children.  Children were rounded up illegally and brought to this home. She abused them and then adopted them out for outrageous fees. We now know that film stars such as Joan Crawford and June Allyson   adopted were duped by this woman.

Our story begins with a prologue showing a woman in agonizing labor with twins. She is in trouble.  She has five children already. She lives with her husband on a  boat in the river. The birth is not going well. So the husband has to leave the children and take his wife to the hospital nowhere nearby. And things go very wrong.  People come and take the children away. They say the parents have signed the kids over to them. They are police.

Forward to  present day in South Carolina. Avery Stafford is a lawyer who’s come home to the south to help her mother care for her ailing father. And she becomes embroiled in an affair of the past. While visiting her grandmother who’s in a memory care home she meets another woman who has a photo in her room of several women and it includes her grandmother. Avery has never heard of this woman. And the mystery deepens.

The names of the children were immediately changed once they became wards at the home. And they were mostly separated and never knew were their sisters and brothers had ended up.  Rill is the young girl who tells most of the story, and her name was changed to May early on. So many secrets. Very twisted plot. At times hard to follow. With the change in names and separation of families I had a hard time keeping up at times. But catch up, I did.

Avery meets a man on Edisto Island when she goes to check out her grandmother’s summer cottage. This man’s grandfather knew her grandmother in some fashion. But how? This totally caught my attention. Also made me want to visit Edisto.  I know of a famous author who made this island his home. Intriguing.

You’ll be caught up in the mystery. You will find yourself having to hold on tight while the secret is so slowly revealed. And it is slow. I would say this is very compelling but, it’s hard to explain. I loved the story, but not always the journey. Having said that, this is a great book for summer.  And since it’s based on truth, it’s a must-read.

My copy came from Ballantine Books, a division of PenguinRandomHouse. It’s a keeper.

My Life in Tuscany