I have a winner this morning.  The giveaway copy of AMERICAN PRINCESS goes to Alice McKann. Congratulations! You will receive an email from me asking for your mailing address.

Thank you everyone for entering.  I wish you all a relaxing day filled with great reading!

Tomorrow There Will Be Sun

The cover may draw you in. But it’s the story that will entice you.

What’s not to love about vacationing in a luxurious villa in Puerto Vallarta, Mexico?  When Jenna leased a stunning villa in paradise she took it for granted it would be safe and sound.  She’d been put in charge of orchestrating  a dream vacation: a perfect week at the perfect locale.  Who’s going to be there? Jenna, her husband Peter who is turning 50, their teenage daughter Clem, and their best friends Solly, his new much younger wife and their young very precocious son, and his troubled teenage son from his first marriage. That’s all….

It all sounds good. But the reality of two families sharing a vacation for a week is daunting. There are bound to be challenges.  First, the two women are not friends. Jenna is a well established YA writer. Ingrid, Solly’s young wife, is a wannabe writer of YA.  Conflict.  Peter and Solly are in business together and it’s not an equal partnership. So even though this is vacation and business is taboo, we know how that might go. The teens are trouble, period. And then comes the threat of terror, the mysterious constant phone calls, and the beautiful woman next door.

This is a good book to take on vacation. It’s a quick read. The style lends itself well to a holiday atmosphere.  Some people are likening the writing to Meg Wolitzer and Emma Straub.  Those are some pretty big shoes to fill. Reinhardt is well on her way…

I have one copy of TOMORROW THERE WILL BE SUN for giveaway. Your book will be provided by Viking, a division of Penguin Random House Publishing. Please leave a comment below. Only U.S. mailing addresses, please, and no P.O. boxes. I will choose one winner on Monday, March 25th. Good luck!

A novel based on the life of first daughter Alice Roosevelt.  To say the woman was truly a force is a total understatement. I just can’t help but wonder why it’s taken so long for someone to discover this.

“Before there was Caroline Kennedy, Chelsea Clinton, or the Bush twins, Alice Roosevelt made headlines as the beloved First Daughter of President Theodore Roosevelt. Well ahead of her time, Alice was brash, bold, and unapologetic: she was destined to be a legend. “

This new novel of Alice’s life has been well-researched by Thornton. She’s managed to use some of Alice’s letters and has used them authentically.  What a treat for those of you history buffs.

I have one copy for giveaway. Please leave a comment below to enter. Only U.S. addresses, and no P.O. boxes, please. I shall choose a winner on Monday, March 18. Good luck!

Thank you Berkley for this fine giveaway. Let the comments begin! 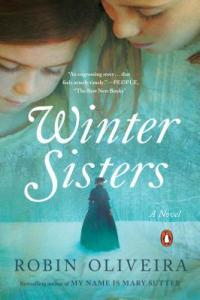 I just love this paperback cover. That is so important for a book.

I have chosen Nancy Herberg as my winner; straight out of the hat. Congratulations Nancy!I will send you an email asking for your mailing address.

Thank  you all for commenting. This was a very popular giveway. Cheers! There will be more.

“An expansive yet intimate story of desire, artistic ambition, and fidelity, set in the glamorous literary and film circles of 1950’s Italy”

Tennessee Williams fan will rejoice. Castellani brings us a very thorough and authentic story of  what life may have been like  living with Williams in the party days. Fascinating.

I have one copy of LEADING MEN by Christopher Castellani for giveaway. Viking, the generous publisher associated with Penguin Random House will be providing your beautiful book.

Please leave a comment below to enter. Only U.S. mailing addresses, please. And no P.O. boxes.  I will choose one winner on Monday, Feb. 25. Good luck! 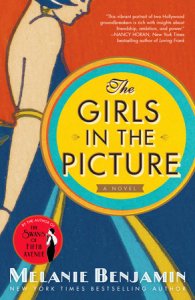 The Girls in the Picture

Thanks go out to all of you who entered my giveaway. It was a huge success. I do have one winner. Barbara Piester, you have won a copy of THE GIRLS IN THE PICTURE. I will send you an email asking for your mailing address. Your lovely book will arrive from Penguin Random House.

Melanie Benjamin has a brand spanking new novel coming out this spring named MISTRESS OF THE RITZ. I’ve had the privilege of reading a review copy. It’s wonderful!! More soon.

The Girls in the Picture

Look what’s new in trade paperback: THE GIRLS IN THE PICTURE  is a novel that reads like part memoir, part tell-all. You film buffs are going to be gaga about this one!

Beginning in 1969, Frances Marion is looking back over her life. Remembering the years working with Mary Pickford and recalling their years of friendship. Setting the tone.

Flash back to 1914 when Mary and Frances first meet. You see, Mary Pickford became a huge film star. And Frances was right there next to her every step of the way. But Frances was not a movie star. Frances was the screen writer for Mary’s movies. Before and after the silent film era. Their friendship was legendary. Until it wasn’t.

Mary Pickford was a tiny yellow-haired sprite of a girl.  She was poked and prodded into stardom by her mother. I’ve no doubt that’s where the term stage -mother came from. Mary was the sole bread winner for her family.  She hardly had a moment to herself.  And then she ended up in a  bad marriage. Ugh.

Frances Marion came along just as Mary truly needed a friend. They became attached at the hip.  This friendship was bound to have ups and downs. And  so it did. Both women shot to stardom and had tumultuous lives.

Frances Marion blew through four marriages.  Mary, who married in haste the first time, fell in love with Douglas Fairbanks while they were both still married to others. It was scandalous, but, after all, Mary was America’s sweetheart. The fans decided it was a wonderful love story.

Not every actor or actress survived the transition from silent movies to “talkies.”  Some of these movie people just could not move into the future. But Mary thrived.  She and Douglas became American Royalty.  Their mansion, Pickfair, became as renown as Buckingham Palace.

Both Mary Pickford and Frances Marion have penned memoirs. Both leave much to be desired, says Melanie Benjamin.  But with her tireless research and her passion for details, she has managed to bring us what she always does: a historical rendering that compels us to want to know even more.

I have to say that I am not a fan of Hollywood; now or then. So when I heard this book was about the movies, I was not wild to read it. Having said that, I have to say that I became engrossed in the lives of these two famous women once I realized how timely this story is. You have to admit that anything to do with the casting couch is very popular right now. These women overcame the limitations of  their gender and conquered their professions.  This happened a century ago. And it’s still going on to this day all over the world, and in every profession. Time for change.

I have one copy of the trade paperback edition of THE GIRLS IN THE PICTURE for giveaway. Please comment below to be entered to win. As usual, only U.S. addresses and no P.O. boxes, please. Your copy of the book is being provided by Random House Publishing Group through Wunderkind Books.

I will choose my winer on Valentine’s Day, February 14, of next week. Good luck and Cheers!

Everything Here Is Beautiful

I have my winner! Congratulations to Pat I. You’re my winner this morning. I will send you an email asking for your mailing address. Your beautiful finished copy of EVERYTHING IS BEAUTIFUL will come straight from Penguin/RandomHouse.

I want to thank those of you who took the time to enter my giveaway! There will be more to come.

Questions and answers with Lisa Gabriele:

THE WINTERS begins like a lot of books, with a handsome man sweeping a young woman off her feet. But at its heart, this is a story about women-our unnamed heroine, plucked out of her quiet existence; Rebekah, the dead first wife who haunts her dreams; and Dani, Rebekah’s vengeful teenage daughter. Did you set out to write a story about female friendships, power, and sexuality?

Yes, I’m obsessed with female relationships, sex, and power, and how they intersect. These are my favorite things to read and write about. The genesis of this book began with me thinking about the women in REBECCA, and all the ways modern female characters and a new setting would completely change their relationship with each other. Suddenly THE WINTERS became an exercise in demonstrating how much women have changed in contemporary times, and how some men, especially rich and powerful ones, really have not.

Much of THE WINTERS is set at Asherley, Max Winter’s opulent estate in the Hamptons. Whey did you choose that setting?

I’ve always been fascinated with Long Island’s moneyed elite; a couple of my favorite books are set there. I loved the storied Gold Coast of THE GREAT GATSBY, and the deceptively serene town in THE AMITYVILLE HORROR. I needed a place that combined history and horror and the Hamptons seemed like a natural choice.

Lisa Gabriele has managed to bring a lot to the table with THE WINTERS.  One of her main characters is involved heavily in politics.  The aura surrounding The Hamptons coming alarmingly alive.  Women’s issues. Mystery, intrigue. This one has it all.

I have a winner. One copy of THE WINTERS by Lisa Gabriele will be sent to Patricia Olsen. Your beautiful book will be sent out directly from Viking, Penguin, Random House. Congrats! And many thanks go out to the generous publishing people at Viking. Thanks guys.  And many thanks also to those of you who took the time to comment. I can’t thank you enough.

An eerily beautiful cover. What does it mean?  In the tradition of Daphne du Maurier’s Rebecca,  THE WINTERS is a suspenseful new novel by Lisa Gabriele.

“On an island in the Caribbean, a young woman–unnamed and self-described as “unremarkable”–lives a quiet simple life working for a sailing company and trying to pay off her debts.”  Then along comes a wealthy senator from New York and sweeps her off her feet. Off he takes her to his mansion in The Hamptons.  But all is not well in this new world.

I have one copy of THE WINTERS for giveaway which will come straight from the wonderful publishing company of Viking, which is a branch of Penguin Random House. Please leave a comment as to why you would like to read this novel. I will choose one winner on Monday, October 22. Please, only U.S. addresses, and no P.O. boxes. Good luck! 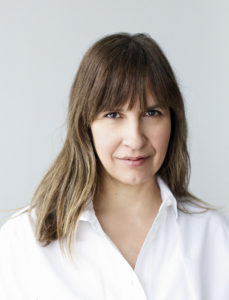 Oh, and I will be posting a Q&A with Lisa on Monday when I announce the winner.