Love the cover! Love the story! Kline has once again knocked it out of the book park . She did it with THE ORPHAN TRAIN years ago. Now she’s back with this wonderful novel of colonial  Australia and the convicts who made it what it is today.

The prologue introduces us to Mathinna  the 8-year-old orphaned daughter of an Aborigine chief.  Living quite wildly on the island of Flinders in Australia in 1840, she’s been hiding in the bushes for almost two days hoping to avoid the clutches of a visiting governor and his wife who have taken a fancy to her. You see, they plan on taking her back to civilization where she will be treated as a trinket.

Chapter one and we are in London where we meet Evangeline who has also been recently orphaned and is working as a governess in a big where her employer’s son has given her much  more than the “ring” that belongs to his family. When she is wrongly accused of stealing it, she’s  sent off to Newgate Prison and from there on to Van Dieman’s Land ( now known as Tasmania ) in Australia.

Evangeline meets Hazel on the ship. Hazel’s sixteen with plenty of hard-living under her young . Her crime was stealing a silver . And the worst part of it is that her own mother had set her to it. But Hazel has learned midwifery from her mother and even how to use herbs in healing.  The ship is filled with woman convicts and sets sail in a former slave ship. Months and months of horror. Kline’s attention to detail captures every single harrowing moment. I can not even imagine surviving a trip such as this in my wildest dreams.

This epic historical novel brings us a powerful and painful rendering that shows  us what it took to build a new world.  These three women each orphaned in their own way, find opportunity where none existed, and freedom of a challenging sort.

I read and loved THE ORPHAN TRAIN several years ago.

I’ve been waiting for Kline to show us more of this brilliant I know she is capable of. And here it is. You will not be disappointed. You’ll be deeply moved and find yourself anxious to learn more about the building of Australia. Don’t miss this novel. It will be on every reader’s lips this season. 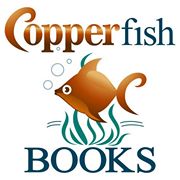 Copperfish Books has copies of THE EXILES on sale right now and they’re discounted 20%. You need this book.

My digital review copy of THE EXILES was provided by Edelweiss through Harper Collins.  I am grateful to them both for this opportunity. And what an amazing story. Thanks guys.