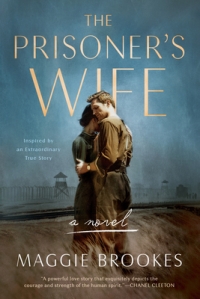 Just feast your eyes on this magnificent cover.  The fact that this WW11 novel is based on a real story does not change that it is indeed a novel of The Holocaust. I know. We all are fascinated and horrified by it, and, in many ways we are exhausted by the sheer number of  stories. So when I come across something unique I take notice. In the case of THE PRISONER’S WIFE, I’m really glad I did.

Brookes, a British poet and novelist, was moved to write THE PRISONER’S WIFE after hearing a story told by a British POW who survived WW11. Though her characters are fictionalized, Brookes conducted extensive research, including visiting the sites of the former POW camps featured in this story, and driving the length of the Long March, the bitterly cold, miles-long route that soldiers forced their prisoners to trek across Northern territory in snow and severe winter conditions. The author ‘s own father was a POW and her novel sheds light on the treacherous conditions that many prisoners faced, which few people know about today.

It’s 1944 and Izabela is a Czech teenager left behind with her mother while her father and older brother are fighting with the resistance  against the Nazis. Of course, Izabela is wild to begin her own adventure by joining in the fight. It isn’t long before she falls for a British prisoner, weds him in secret and flees the farm. The story that follows the star-crossed lovers is based on a true story and although it’s quite harsh and even punishing at times to read, it is one to be told.

As Izabela hides her identity as a woman and becomes a “boy” the reality of what this means becomes almost intolerable. But the other prisoners keep the couple’s secret at all costs. After all, her survival is contingent on everyone working together.

Tireless research was done. New facts learned have been woven into this compelling story of courage, endurance, friendship and love. Not to be missed. 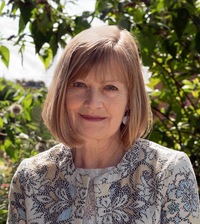 THE PRISONER’S WIFE by Maggie Brookes is on sale now in a trade paperback edition. Copperfish Books will be able to order this title for  you.

My review copy came from Berkley, a publishing division of Penguin Random in exchange for an honest review. It’s a real winner. You WW11 buffs need this one.

One thought on “The Prisoner’s Wife by Maggie Brookes”