“Set in 1938, THE LAST COLLECTION captures Paris between the wars: a brief golden spell of freedom, risk-taking, and wild delight. And while designers’ rivalry was rooted in business, it was inflamed by political tensions of the time: as France stood on the brink of war, Parisians looked with unease at German soldiers in their midst, and the dark, troubled times that loomed.”

The paragraph above pretty much sums up the times this novel is set in. For those of you who adore fashion and adornment this novel is for you. You’re going to  fall in love with the beauty of the amazing couture clothes.

Lily is teaching art at a school for girls in England when her brother Charlie invites her to stay with him in Paris.  Lily’s lost her husband and decides to step outside her comfort zone and go. Little does she know what she’s getting herself into.

It’s 1938 and Coco Chanel is the premiere fashion designer of the times. Her designs are understated and classic.  But there’s a new designer in town and she’s causing a rift in the fashion world. Elsa Shiaparelli is on her way up the fashion ladder and she’s a force to be dealt with.  Total opposites, Chanel and Schaip  are vicious enemies in more ways than one.

THE LAST COLLECTION is pumped full with research that is spot-on.  There’s even a scene at a ball where Coco lights Schaip’s dress on fire….. Hateful. And,  we get more than a small glimpse of something we’ve heard about for years. Coco is shown to have had an affair with a Nazi officer. And even collaborated with the enemy.

Shiaparelli hires Lily to work in her shop and that’s when we truly begin to get a look inside the fashion world, and the rivalry between the queens of fashion.

Over the years we’ve heard a lot about Coco Chanel. But not so much about her rival Elsa Shiaparelli. It’s fascinating to say the least. The descriptions of the clothes were bright and fun. Bold. Also the accessories.

There are so many novels out this  year about WW11. This one is not entirely set during the war. Still, there’s quite a bit of it…. 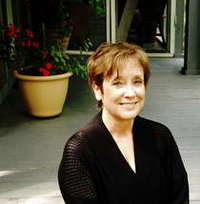 is the author of THE BEAUTIFUL AMERICAN  ( loved it) as well as several historical novels. She lives with her husband in upstate New York.

My lovely finished  book arrived from Berkley, a division of Penguin Random House.  You historical fiction lovers are in for such a treat. And you fashionistas will be over the moon. Enjoy!