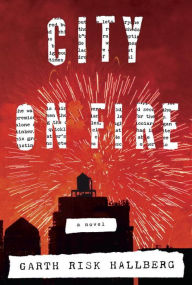 Okay, this is a tome of a book coming in at well over 900 pages. It’s Garth Risk Hallberg’s first novel. To say it’s an ambitious work is a gross understatement.  What did I think of it? 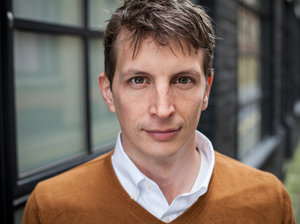 CITY ON FIRE, by Garth Risk Hallberg, is being likened to THE VAMPIRE OF THE VANITIES, by Tom Wolfe.  But, maybe even better!  Most of this humongous story takes place in 1976/77. It goes right up to the infamous blackout that happened the summer of 1977 in NYC. Hallberg manages to turn the city upside down and inside out.  The characters are many and deeply involved. They are also quite diverse. He has spared nothing. He includes Asians, Hispanics, gays, blacks, Jews, whites, and a gaggle of young people who are as troubled as troubled can be. He has thrown in a wallop of serious issues.  And then come the murders.

Do you remember 1970’s New York City? I visited once during that ten year scope. I remember the city being a pretty scary place especially around Time’s Square. Homeless people were still sleeping in the streets sometimes  haphazardly covered with discarded pages of yesterday’s newspaper fluttering above their prone bodies. Drugs were being sold rampantly. Thank God it’s cleaned up so nicely since then. Now I love visiting NYC and do as often as I get the chance.

Hallberg takes his time setting this explosive (pardon the pun) tale up.  He slowly introduces us to the people who comprise this blockbuster.  There’s the gay couple who consist of a young black man who teaches at a private girl’s school, and  his partner who is white and a heroin addicted artist. Then there’s the drug addict’s sister and her husband who is having an affair with a young girl. There’s their two young kids with more problems.  The young girl having the affair with the older married guy is usually strung out on drugs and drink. And she’s suddenly found with multiple bullet wounds in the park on New Year’s Eve in the snow. Oh boy. And, what about Charlie?He might just be the most interesting character.  Not only is he asthmatic, he’s nerdy.  He’s only seventeen.  The Prophet Charlie they dub him. He gets involved with the “wrong” crowd and has no idea just how wrong they are. He just wants to be cool.  He’s also in love with Sam, the young punk girl having the affair with the married man.  Are you exhausted yet?  These are the important characters. And they are so full of life. The story is told in their voices which gives it so much credence.  There is so much going on here. So much to pay attention to. The story slowly comes together.  Pay attention.  It’s not a hard read, just infinitely vast…

I listened to an interview with Garth Risk Hallberg on NPR. It gave me a little insight to why he chose this topic and how he came up with this cast of characters. One thing he said that resinates with me is he wanted to write about loneliness and connection. You see, most of us lead our lives mostly alone. Even when we are with other people, we are still quite alone.  I have always said that life is filled with people walking this earth living lives of quiet desperation. Hallberg nails this.

Hallberg received an unprecedented two million bucks as an advance for this first novel. That’s an OMG amount of money, especially for a first timer. Last year my favorite author received one million and everyone was aghast at that. That, of course, was Matthew Thomas for his WE ARE NOT OURSELVES.  Hallberg said he was not thinking of the money when he came up with the idea, only wanting to write what he felt passionate about. Kudos.

The blackout does not occur until 700 pages into the story. Yes, you have to wait. But it is worth the wait. It all comes together. Did you ever wonder what was going on behind the scenes during that totally real blackout? Well, this story will give you pause, make you think, and have you on the end of your seat.  It’s all about real lives: rich lives, poor lives, punk lives, young lives, and lives on the edge.

I’m not going to lie and tell you this novel is perfect. Far from it, but worth plowing through. I felt there were probably hundreds of pages that could have and should have been cut out. Too wordy. But the result is a story you will never forget. How he was able to get inside these complicated characters is way beyond my imagination. I am just glad he did.

My review copy came from Knopf publishers in exchange for an honest review. Honestly, I believe this will be one of the most talked about books this year, possibly for years to come. All the clubs will be into it. As well they should. And, yes, I did like it, very much!